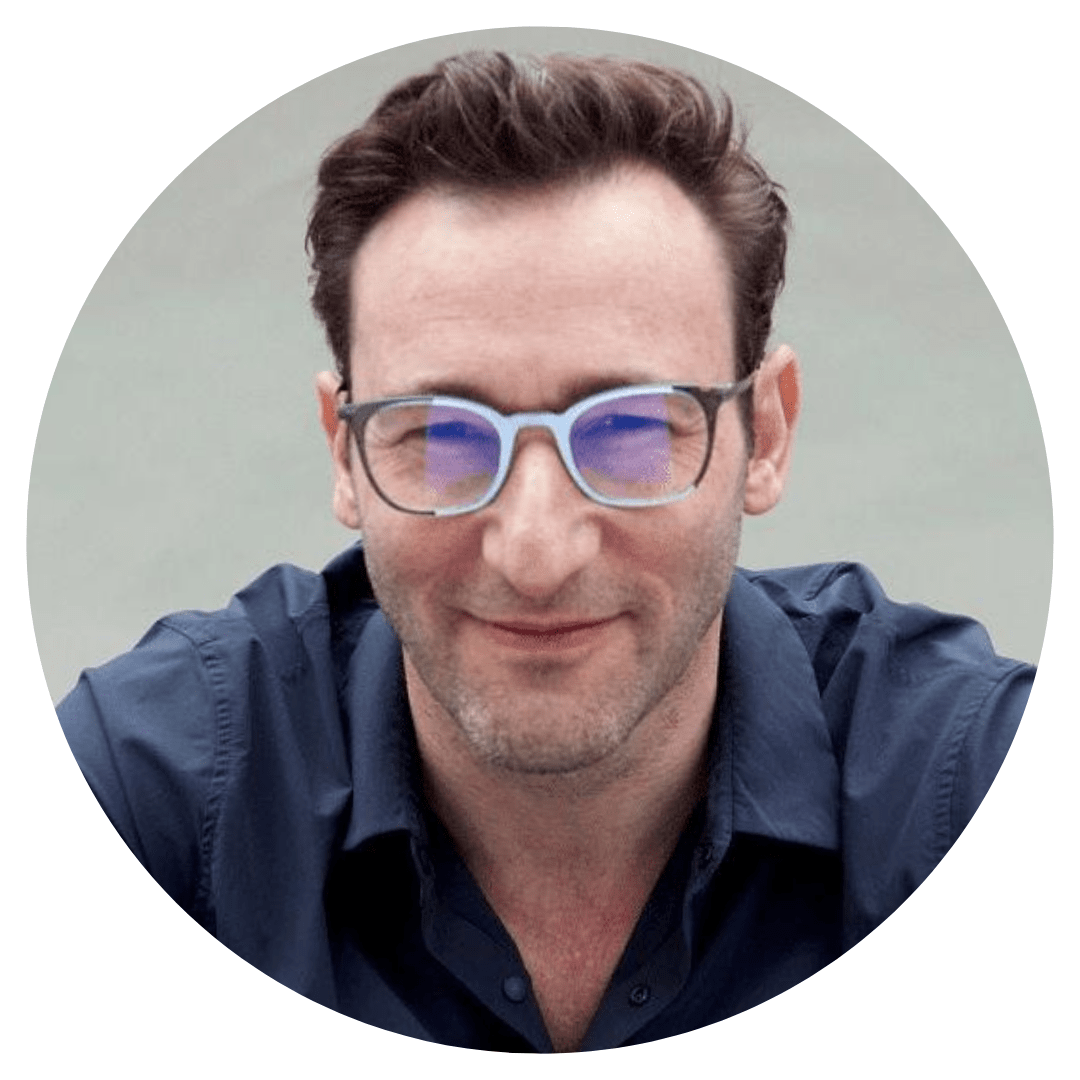 Simon Sinek is an unshakable optimist. He believes in a bright future and our ability to build it together. Described as “a visionary thinker with a rare intellect,” Simon has devoted his professional life to help advance a vision of the world that does not yet exist; a world in which the vast majority of people wake up every single morning inspired, feel safe wherever they are and end the day fulfilled by the work that they do.

He shares his ideas through his books:

A trained ethnographer, Simon is fascinated by the people and organizations that make the greatest and longest lasting impact in the world. Over the years, he has discovered some remarkable patterns about how they think, act and communicate and the environments in which people operate at their natural best. He has devoted his life to sharing his thinking in order to help other leaders and organizations inspire action.

Simon may be best known for popularizing the concept of WHY, which he described in his first TED Talk in 2009. That talk went on to become the second most watched TED Talk of all time, and is still in the top five with over 50 million views. His interview on millennials in the workplace broke the internet in 2016. With over 80 million views in its first week, it has now been viewed hundreds of millions times. This led to Simon being YouTube’s fifth most searched term in 2017.

His unconventional and innovative views on business and leadership have attracted international attention. From the airline industry to the entertainment industry, from finance to fashion, from big business to entrepreneurs to police forces, Simon has been invited to meet with a broad array of leaders and organizations in nearly every industry. He has also had the honor of sharing his ideas with multiple agencies of the US government and with the senior-most leaders of the United States Air Force, Marine Corps, Navy, Army and Coast Guard.

Simon is an adjunct staff member of the RAND Corporation, one of the most highly regarded think tanks in the world. He is also active in the arts and in the non-for-profit world (though Simon prefers to call it the for-impact world).